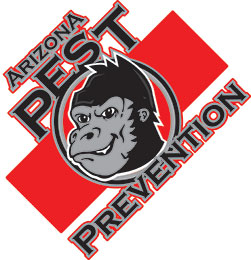 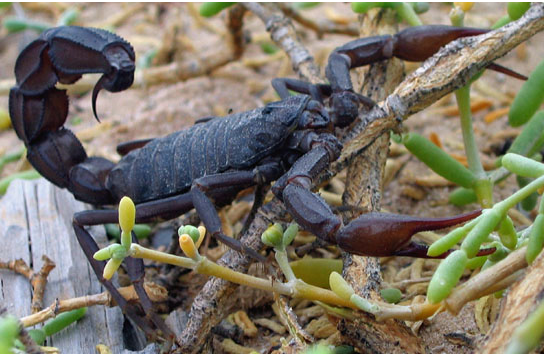 An uptick in scorpion activity is putting some extra sting in the already controversial construction of the South Mountain Freeway for some nearby homeowners.

Ahwatukee residents near Pecos Road and 27th Avenue are reporting far more scorpions on their property—and even in their homes—after the Arizona Department of Transportation created a temporary nursery a stone’s throw away from their homes.

The nursery is housing thousands of cactuses, bushes and other desert flora that had to be removed from the freeway right of way. Once it is built, they will be transplanted along its path.

Read the full article at http://www.ahwatukee.com 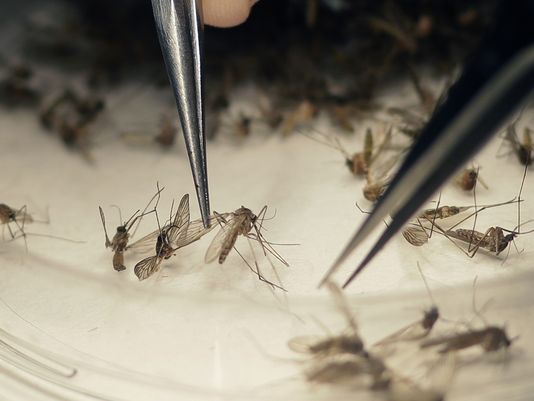 The patient traveled outside the U.S. to a Zika-affected area before developing symptoms of the illness, Yuma County Public Health Services District said Thursday in a statement posted on the county website.

The finding marks the 14th travel-associated case of Zika virus documented in Arizona.

“As soon as Public health officials were made aware of the suspected case they made contact with the individual to ensure they were aware of prevention measures such as staying indoors, using DEET mosquito repellent, and wearing long sleeves in an effort to avoid being bitten by mosquitoes to prevent further spread of the virus,” the statement said.

Zika virus is a type of flavivirus that is primarily transmitted by the bite of an infected mosquito. A link has been identified between the virus and birth defects among infants of infected mothers. Symptoms include fever, chills, rash, joint or muscle pain, aches, nausea, vomiting and red eyes. 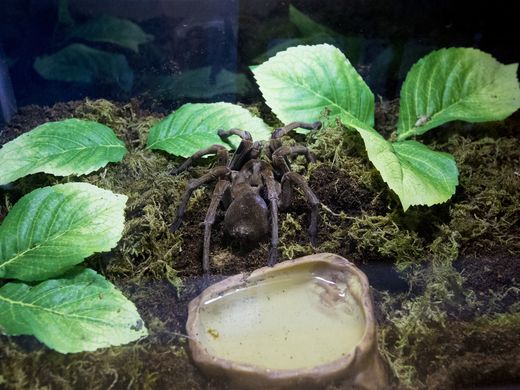 Insects creep out some people simply by being themselves. Now imagine big versions of them. Massively big, as in up to 600 times larger than their actual size.

That’s the concept behind “The World of Giant Insects,” an exhibit that opens at the Arizona Science Center on Saturday, May 28. And, surprise, the whole ick factor is not one of the selling points.

“Some people think insects are creepy-crawlies, but this is really beautiful,” says Sari Custer, the center’s vice president of exhibitions and collections. “You may think they’re gross, but you’ll change your mind when you see how interesting and amazing they are.” 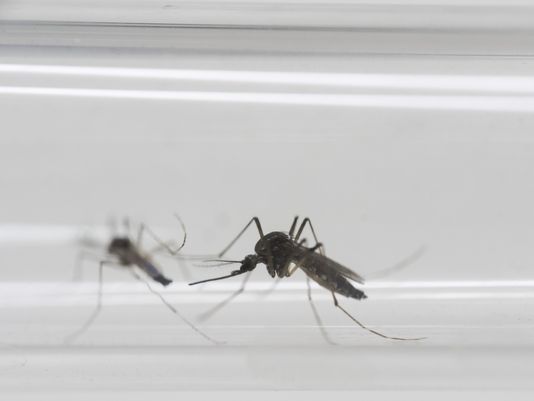 State and county health leaders say Arizona faces a high risk from travelers who return to the state with Zika virus infections, but the goal is to quickly identify such cases to prevent the spread of the mosquito-borne disease.

“We are at high risk for imported cases,” Dr. Cara Christ, director of the Arizona Department of Health Services, said Tuesday. Christ’s comments came at the Arizona Zika Action Plan Summit, a gathering of public health, medical and environmental officials.

Christ said Arizona will seek to quickly identify travelers who return with Zika infections and work to prevent the virus from reaching local mosquitoes that can carry the virus.

Arizona has tested 88 cases, but only three have been confirmed. All three involved people who traveled to areas where the mosquito-borne virus is circulating widely. 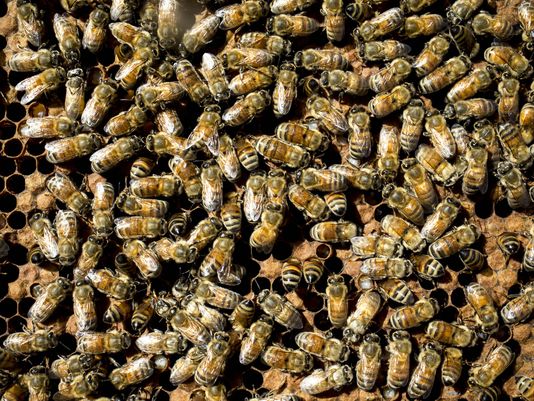 The Zika virus made headlines again this week as lawmakers and the Centers for Disease Control and Prevention began making announcements that the virus may be more severe than first thought.

The bill will provide financial incentives for companies to develop drugs and vaccines against the virus.

Wednesday brought an announcement from the CDC: They deemed the Zika virus responsible for serious birth defects such as microcephaly, a condition where improper brain development results in a baby being born with an abnormally small head.

“Never before in history has there been a situation where a bite from a mosquito can result in a devastating malformation,” Dr. Tom Frieden, director for the CDC, told the New York Times on Wednesday.

Arizona saw its first confirmed case of the virus in March, when a woman from Maricopa County, who had recently traveled abroad, contracted the virus.

“While this is a first, the risk of this virus spreading throughout Arizona is very low,” said Cara Christ, director for the Arizona Department of Health Services. “Arizona’s public health system has a plan in place and we are ready to rapidly respond.”

To gain more insight on the latest information regarding the threat of the Zika virus, the Daily Wildcat interviewed Kacey Ernst, a UA epidemiology professor who is currently in Jamaica working to develop clinical research studies for the Zika virus with the Jamaica Ministry of Health. 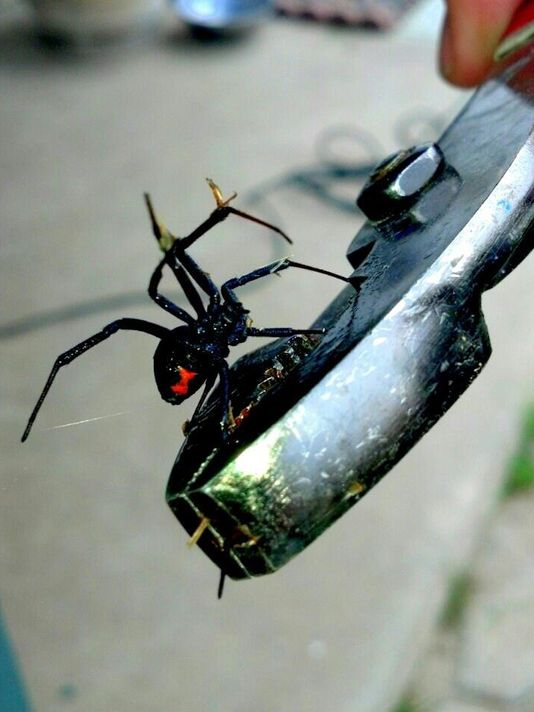 They’re also more likely to be active at night in the summer when they go out to eat insects and spiders. That’s when you can use an ultraviolet black light, which makes scorpions glow in the dark. Once you can spot them, you can destroy them. You also need to:

Many homeowners who have scorpions are advised to spread diatomaceous earth — basically broken-up sea shells — around the exterior of their homes. The tiny shards can pierce the scorpion’s body as they scuttle over it. “People usually don’t get the pest-control grade of diatomaceous earth; they don’t always apply it correctly to get optimal results, and it’s not a silver bullet by itself,” says Curtis Whalen of Blue Sky Pest Control in Phoenix. “It can be a helpful tool, but you have to buy the right formulations and use it in the right places.” 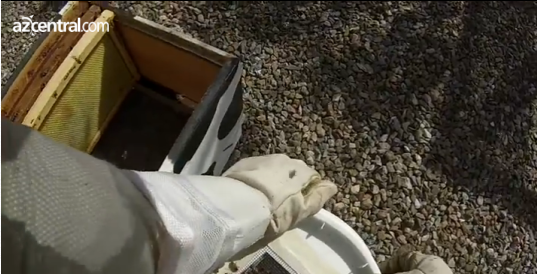 Honeybees bugging you more than usual?

You can thank the recent rains.

Bees flourish in two seasons in Arizona: between March and May, and from August to October. But the rains yielded more flowers with a bounty of nectar and pollen.

So, with plenty to eat and lots of time to make baby bees, there’s no summer vacation for this current brood.

“We’re seeing an explosion of bees across the Valley,” said Kevin Shannon, a technician with A.S.A.P. Bee Removal. “The colonies are getting increasingly healthier and healthier.”

Despite concerns over the collapse of hives raised commercially, the immune systems of feral bees are robust and they’re procreating quickly, he said.

Click HERE to Watch Video and read the full story at azcentral.com.